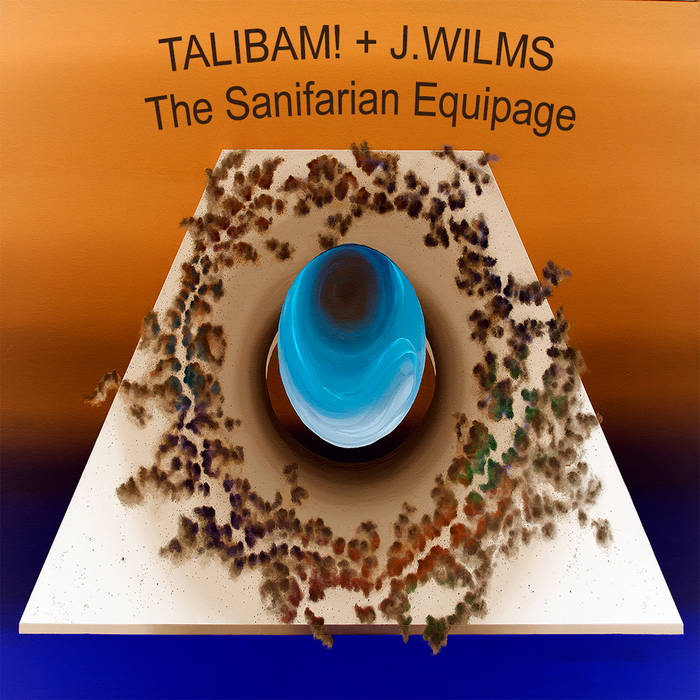 Cart/Horse Records is proud to release this collaboration between Avant-Maximalist band Talibam! and producer/multi-instrumentalist Jeremy Wilms. The songs were recorded by Andrew Barker. Inspired by melodic fragments central to the Talibam! live set, they were expanded in the studio with Wilms's assertive vision. "Sanifarian Equipage" traffics in the nether worlds of Dub, Psychedelic Jazz, and Space Rock. Think Neil Young's 'On the Beach' jammed out by Prince Far I.

Jeremy Wilms is a composer, arranger, and multi-instrumentalist based in New York City.

He’s jammed with Ornette Coleman at his loft and played Broadway revues at retirement communities in New Jersey (sometimes in the same weekend). He was briefly in Chico Hamilton’s band playing guitar, and played bass on Broadway in Fela! the musical. During the tour for Fela! he played “Water No Get Enemy” in the wrong key with Fela Kuti’s son Femi at the Shrine in Lagos (the key was not his call). He’s on multiple recordings with Bebel Gilberto but only met her once, randomly, at a bar. Currently he is arranging strings and horns for many projects that might see the light of day. He is also currently a guitarist in the orchestra for MacArthur Fellowship winner Taylor Mac’s “24 Decade History Of Popular Music” as well as the bassist on ABC Network’s “The Gong Show”.

Talibam! ; Matt Mottel (keyboards) and Kevin Shea (drums) is a 15-year working unit based in New York City, a rhythm
section that is at the cross hair of agility, speed, punctuation, and intention.

Talibam! can be described in various ways --
as a classic keyboards/drums expanded-jazz duo, as Dadaist provocateurs with an innate love for the history of music, as a theater group, as an electronic ensemble inspired by Stockhausen. Since their inception in 2003, Talibam!’s ultimate goal has been to wed disparate ideologies through proficiency, controversy, inquiry, and compassion. Talibam! delights in creating music that cannot be pinned down within the safe-spaces of existing genres. With each new album, Talibam! reinvents their methodological palette in order to bolster a fresh clarity of joyous auditory surprise, something their fans have come to depend on. Talibam! focuses on compositional clarity, with reverence for their diverse interest in genre.